A Brief History of Knob Engines 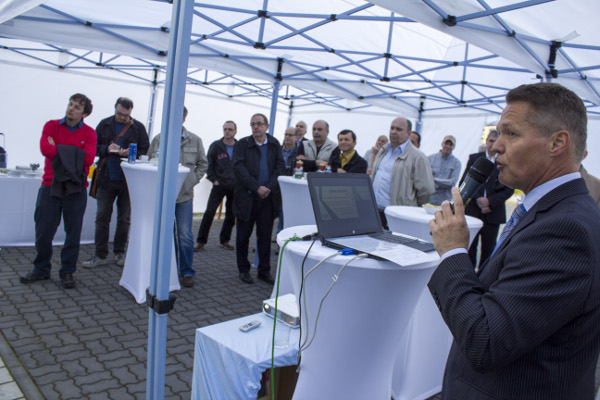 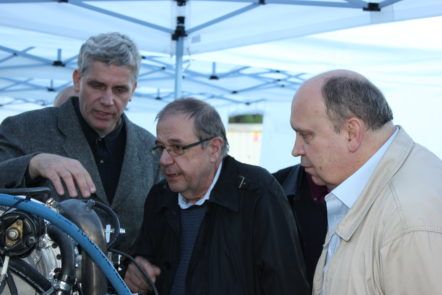 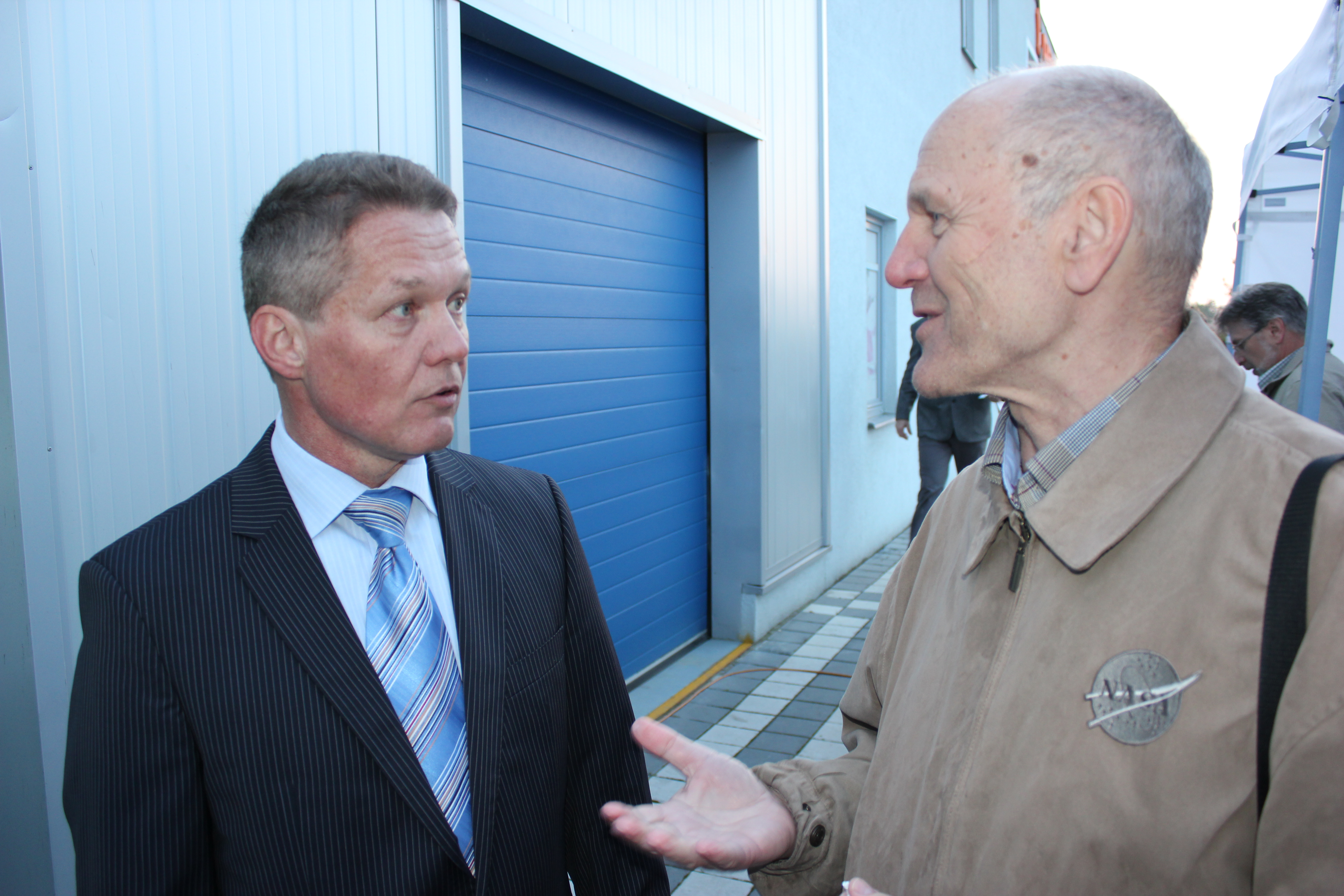 Prior to this, Jiri worked as Managing Director of an importer and distributor for Personal Protection Equipment, a company he originally founded in 1991 and eventually sold in 2010 to the market leading Slovak Personal Protection Equipment Company – “DELUX”. Following the sale, Jiri was charged with successfully managing the integration of his company into the “DELUX” group and smoothly completed his ownership exit.

Jiri´s over 20 years experience and success in the personal protection equipment industry commenced with the establishment of “DRAHOVZAL DEALING” an importer and distributor of general merchandise protective work clothing which over time he developed into a leading company for specialist added value protective equipment. With a restructuring of the company into “QUATRO D” and “QUATRO D Celakovice” his enterprise continued to grow, securing representation and service contracts for numerous global brands including Kemira Safety, Scott Safety, Segre, Univet, Protector, Duram Mask and OccuNomix. Prior to its sale to “DELUX”, Jiri had built “QUATRO D Celakovice” to become the Czech Republic’s leading expert in the field of respiratory protection.

Prior to this, Jiri Drahovzal commenced his professional career working in the area of purchasing with Czechoslovak Railways.

Jiri holds a Masters (Ing.) degree in Transportation and Manipulation Technology from the Czech Technical University in Prague.

The founder of KNOB ENGINES, and 22% shareholder, Vaclav currently serves as Chief Engineer and Technical Director managing the technical team through the Birotary Engine ground tests, airplane engine installation and preparation for the in-flight testing.

In 2010 he founded KNOB ENGINES and in 2014, together with his new partner Jiri Drahovzal, they filed patents for the revolutionary Birotary Engine design and/or its innovative sealing in 48 countries worldwide. Vaclav oversaw the 2015 first manufacture and testing of the Birotary Engine functional prototype.

After leaving the Czech Technical University in Prague in 1989, where he was studying Transportation and Manipulation Technology, Vaclav has had a broad and highly successful career in engine design, research and development. Strongly influenced by his University study and his inspirational Professor Jan Macek, Vaclav has focused on combustion engine and gearbox design. Today, racing gearboxes and sequential shifting mechanisms developed by Vaclav are being used by many private racing teams.

His developments can be seen in Porsche 996, 997, GT2, GT3, Turbo, Carrera, Boxter, Cayman, also in Mitsubishi Lancer EVO, Toyota Celica, Honda Prelude, and in the vast majority of VW Group automobiles. The shifting mechanism for Porsche was developed by Vaclav in cooperation with “CARTRONIC” and the development center of “Porsche Engineering Group GmbH”. In addition, Vaclav has worked on multiple engine design and development projects for “AUDI AG” and has completed design projects on Ring-Shaped Valve engine and 2-stroke engine with swinging pistons.

In many of his R&D activities Vaclav has cooperated with his mentor, Professor Jan Macek and his Alma Mater – The Czech Technical University in Prague and together they own several patents such as for a Cylinder head with annular valve for internal combustion engines patented in USA in 2016.

Since 2014, Jaroslav has been serving as a Sales Director “KNOB ENGINES” with responsibility for relationships with airplane manufacturers, parts and equipment manufacturers and also with aerospace governing institutions. As an active pilot, Jaroslav has intimate hands on knowledge of engines and light aircraft customer requirements having piloted hang-gliders since 1983, gliding parachutes since 1990, sailplanes since 1996 with the recent addition of piloting ultra light aircrafts.

Prior to joining “KNOB ENGINES”, across a 10 year period, Jaroslav held a number of Sales Director positions in a Civil Engineering company and various Information Technology Solution providers.

In 1998, Jaroslav founded “3US” which has since become the leading Czech distributor of heavy duty engine air cleaners used in aviation and motorsports.

Prior to that, Jaroslav was also co-founder of “STRAKA FLY”, one of the first Czech designers and producers of gliding parachutes, aircraft rescue systems, personal rescue systems and composite propellers. Jaroslav was responsible for Sales and Marketing, served as company test pilot and managed the company paragliding racing team. “STRAKA FLY” was acquired by a German investor and renamed to “JUNKERS PRO FLY”.

Jiri commenced as Communications Director in 2016 following a period of project consulting for Jiri Drahovzal, current Managing Director “KNOB ENGINES” which began in 2014. As Communications Director, Jiri is responsible for corporate marketing and investor relations, leveraging his global contacts network and international experience developed across more than 25 years working either directly for, or in service to, a number of leading Czech and multinational companies in multiple industries.

Prior to his current role, Jiri was Commercial Director of Prague Congress Centre for almost 4 years, travelling globally to promote and develop business with existing and potential international clients.

During the last 25 years, Jiri has gained a wealth of experience across multiple industries working on scores of consulting projects for Czech and International clients from FMCG, Finance, ICT and several other industries including assisting Jiri Drahovzal developing and implementing long term strategy for “QUATRO D Celakovice” and supporting the 2010 company sale to “DELUX”.

Jiri holds a Masters degree in Transportation and Manipulation Technology from the Czech Technical University in Prague.

Dobroslav commenced as Aerospace Program Director in 2018, bringing to the KNOB ENGINES team deep expertise from project management and new product development. But the most important is his extensive managerial experience from aerospace industry. AERO Vodochody with almost 2000 employees is today the largest aviation manufacturer in the Czech Republic with a focus on military and civil aviation technology. Dobroslav worked here for 19 years up to the year 2000, holding various technical positions including Chief Engineer. The key projects he was managing were development of L-139 jet trainer aircraft and concept design of Aero L-159 ALCA light subsonic attack jet and advanced trainer.

For the next 15 years Dobroslav was employed by global industry leaders Ingersoll Rand and Doosan/Bobcat as Vice President Engineering. He was responsible for company product portfolio innovations, when cooperating also with a large scale of R&D companies – “innovation incubators”.

Today, Dobroslav has his own company BONCEL, providing project management services with a focus on the development and production of machines and equipment.